This Project is under construction & more info will be added as it proceeds further. As of now I am able to transmit and receive on 4 Bands ie 7Mhz, 14Mhz, 21Mhz and 28Mhz. Receiver is working exceptionally well, there are few problems in linear amplifier, which will be solved as and when time permits. On Air test was done on 14 Mhz with 5 watts rf output, other bands were not tested due to antenna limitation

This Particular version of BITX is know as G6LBQ, there are few modification to the original schematic of VU2ESE, like addition of ADE-1 Mixer, MC1350 IF amp and few other minor modes.

I started with DDS first, wrote my own software for controlling DDS. Actually it was part of my other Antenna analyzer project, which got stuck due to lack of time. This code was ported to PIC18F4550, in as such a way that I could control entire receiver through infra red remote control using RC5 protocol. I am a hobbyist and my coding has limitation. Of course code has few bugs and not complete yet.


Some Photographs of my under construction BITX. 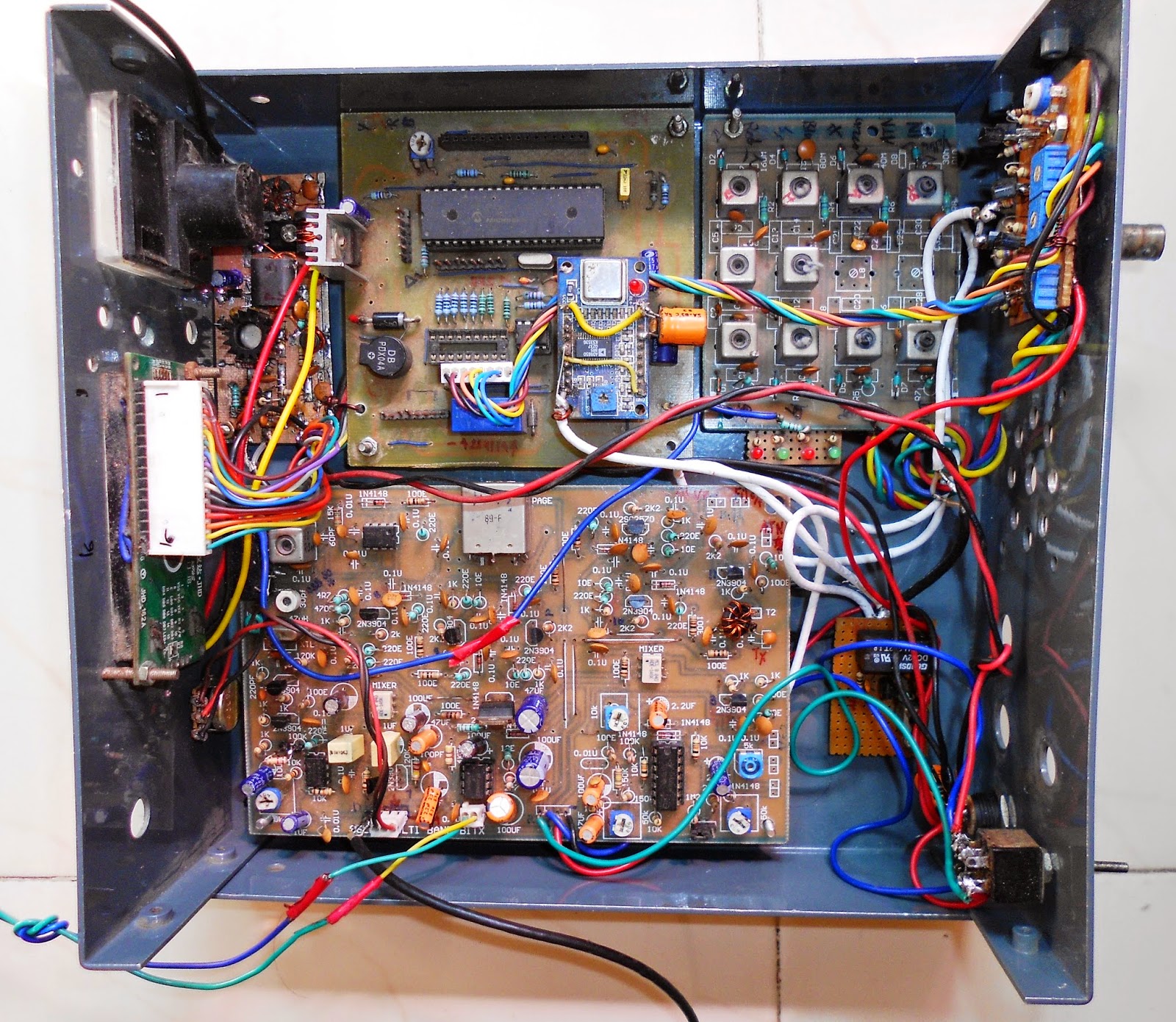 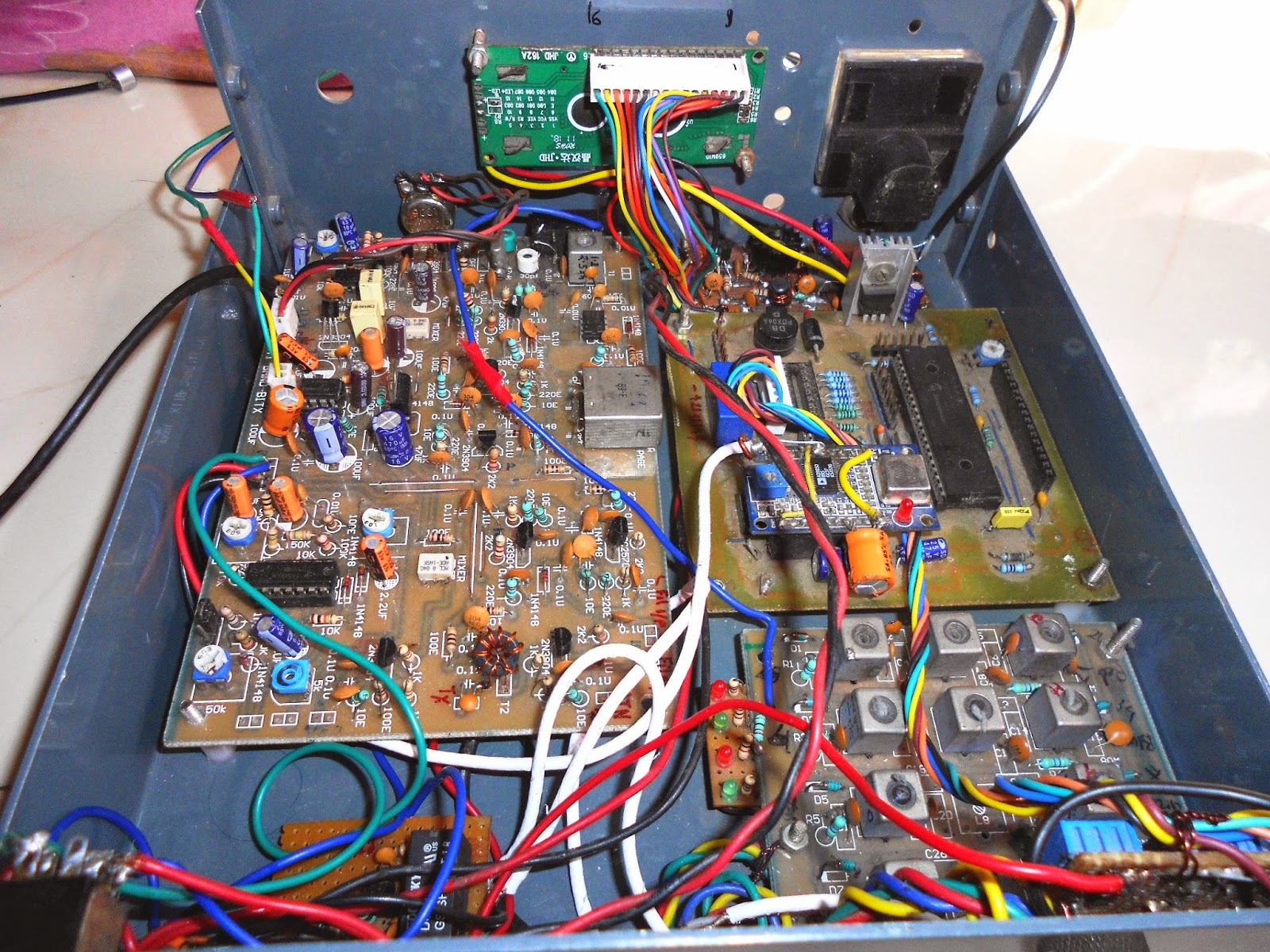 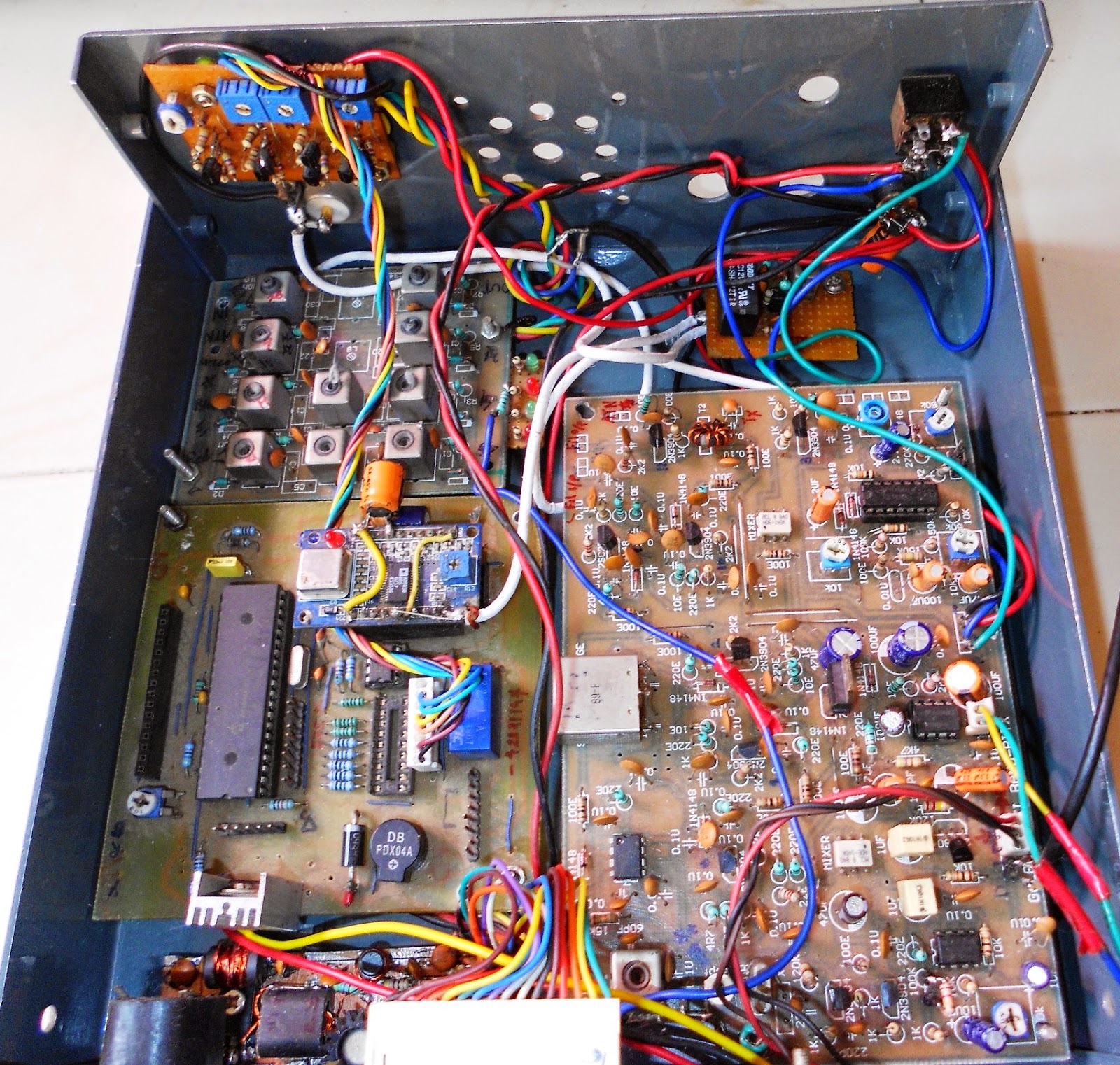 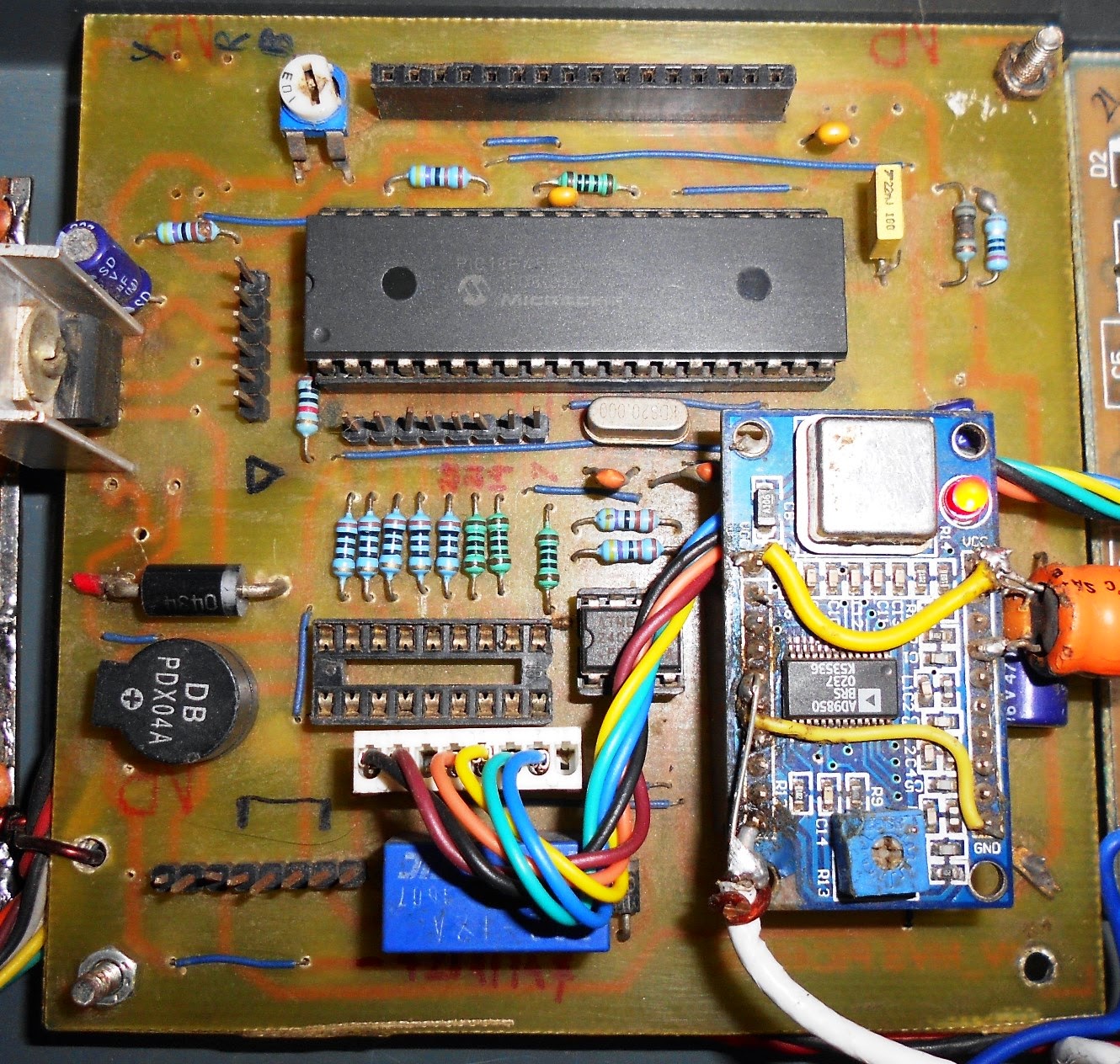 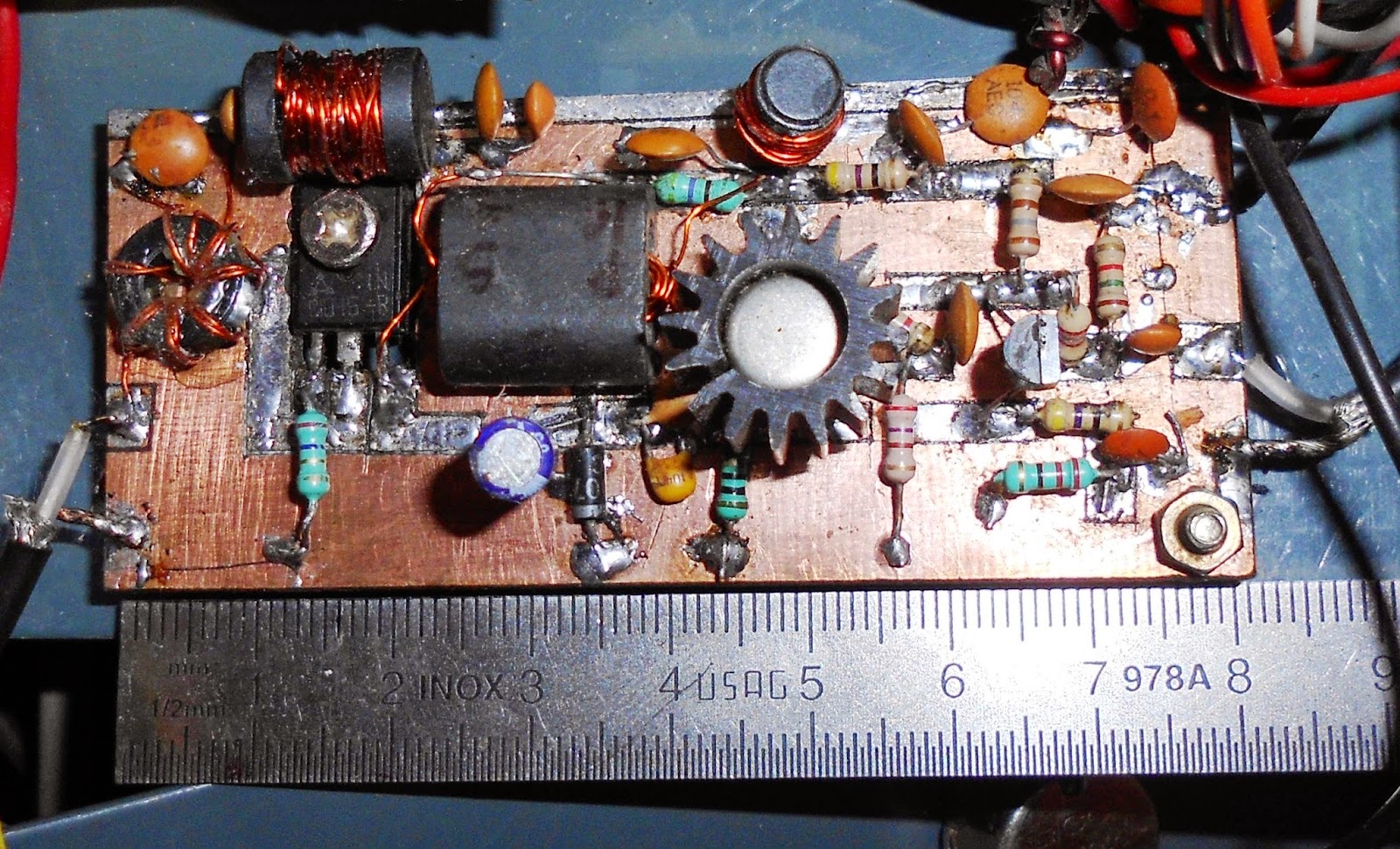 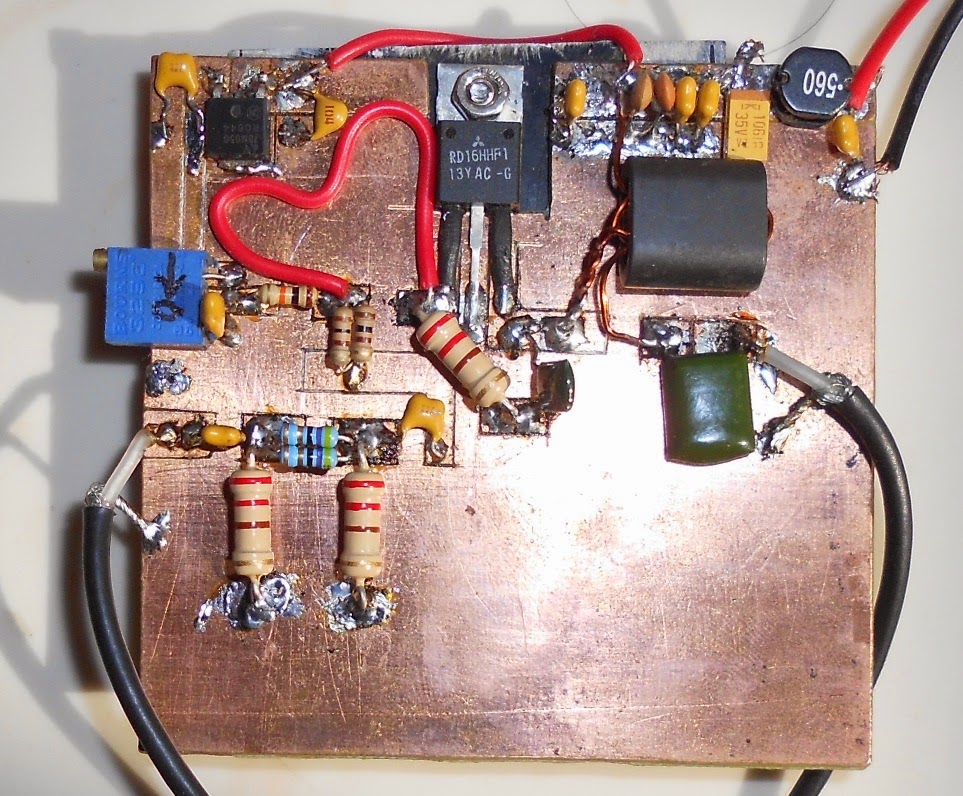